stand at the crossroads and look; ask for the ancient paths, ask where the good way is, and walk in it, and you will find rest for your souls

I once had a ministry supervisor say to me: “Sabbath’s are encouraged, just don’t let your sabbath interfere with your work.”

When I came back at that comment with: “I think that’s actually the point of a sabbath: to interfere with and interrupt our work,” there was some back tracking, but the point was clear. You are here to work, don’t let anything get in the way of that!

Amy and I have tried to sabbath throughout our life together to varying degrees of success.
To be honest, we haven’t been that good at it.
We haven’t let sabbathing interfere with our work.

One of our commitments in this new chapter was to start practicing some good habits right out of the gate.

Monday is our sabbath. So, far we’ve done a good job of it. No work, ministry, or prep takes place on Mondays. Just family stuff.

We don’t check much email (I don’t check my work email at all).
We don’t do too many chores.
We do try to have fun.
We are absolutely with each other.

I titled this post “new thoughts,” but really there are no new thoughts, just a better, more disciplined practice.

And it really is making a difference.

We all recover from Sunday.
It reorders and prioritizes the week.
It is renewing and refreshing and all the things sabbath is supposed to be.

I know this will grow more challenging and more disruptive as we move into future phases: Amy returning to work, the kids going to school, sports and activities, more ministry opportunities and pressures.

But I’m also beginning to see that we can’t give this up. The day may have to change, but the day off never should.

My new thought on sabbath is that this is yet another area of life that requires discipline. And discipline is hard, but rewarding. We are reaping the benefits.

We went camping this weekend. This was M’s first time in the woods over night. She did great. 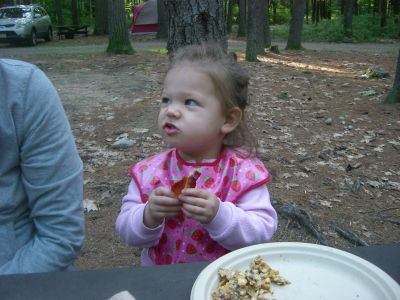 We jumped off stumps: 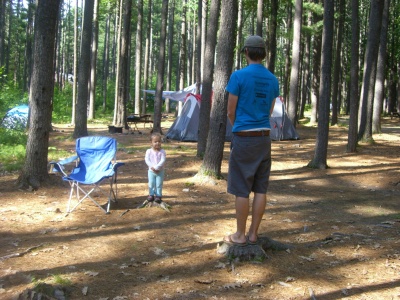 We tried hot chocolate for the first time: 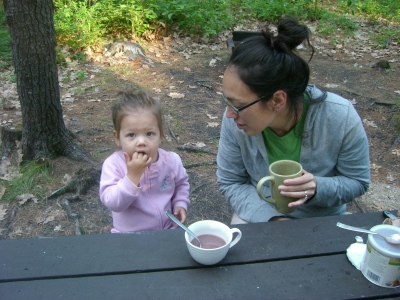 We practiced the spiritual discipline of looking at a body of water while pondering the deeper truths of life: 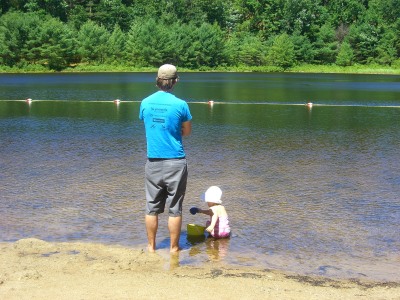 At about 7 pm on Saturday evening, M was asleep, Amy and I were reading good books, all was peaceful in our campsite, and I was beginning to compose a post in my mind about the importance of sabbathing, of getting away, even just for a day, of decompressing. I was feeling it. Space, relaxation, the ability to breath deeply. All had been missing from recent weeks and months.

And then our neighbors came back. They were loud. They used “mother-effer” as a singular, jack-hammer adjective. They had extremely negative things to say about everything and everyone they had encountered during the day.

About an hour and a half later the fireworks started. This is not good writing as I lead into a description of an all-time-camping-neighbors-go-crazy-on-each-other-epic-throwdown fight. This was the 4th of July weekend and there were literal fireworks going off for over an hour. It sounded like war.

And then the snoring. Snoring that could raise the dead. I have never heard anything like this before in my life.

Sunday morning was glorious even though it started at about 5:30 am or whenever the sun rose. I guess this was our revenge. M fell off the table bench and started screaming. We were cooking bacon at 6:30 am. You’re welcome, everyone else in camp!

Sabbath’s are great (although, more difficult with small children), and I am all for them. In fact, I would guess somewhere around twenty percent of the posts on this blog have to do with rest.

But sometimes, you need a vacation.

I enjoyed our quick getaway. I regret that we don’t do this more often. But even twenty-four hours leaves a lot at the mercy of neighbors and weather (we lost one day of this trip to a tropical storm because Boston’s the weirdest) and fireworks.

Make sure you take a vacation.

The US Mens National Soccer Team won the Gold Cup on Sunday. While this is a great feat, it’s no world cup victory, and the tournament is usually made up of b-list rosters and guys trying to prove their worth on the national scene.

That said, it is a good sign for the US team as they continue to steam roll their way towards the 2014 World Cup (their 11 straight wins a record).

The most interesting thing to come out of the Gold Cup is the resurgence of Landon Donovan. This article does a fantastic job dissecting the ambivalence American’s feel towards Donovan.

The story, essentially, is that Donovan, who had played soccer professionally since age 17, turned 30 and needed a break.

So he took a sabbatical.

That’s actually the word he used to describe his time off. This word is related to the word “sabbath.” Holy rest.

American’s don’t do well with weakness. We don’t want our president to take a vacation, and we certainly don’t want our pampered, over-paid athletic heroes to need a break.

We don’t allow people to be human.

To take a break, to respect the sabbath, to have a sabbatical is seen as a sign of weakness.

[my favorite part is that hardly anyone will tell you this your face. they will instead say helpful things like: “my old pastor/youth pastor/campus minister was always there for me…i could show up on their doorstop any time of the day or night and they’d stop whatever they were doing and help me.” love that one!]

The problem is that we need these breaks, these spaces, to recover our sense of self, to remember that we are humans, not machines, and to say no to a culture that is permanently in overdrive. And it is from this rest that we actually have something to offer the world.

Donovan played some of his best soccer of his life in the Gold Cup. He seems to have rediscovered his passion for the game. And he is back in the good graces of coach Klinsmann after his impressive showing.

The story is interesting to me because Donovan has tapped into a deep truth of the universe: we need to rest…God, the creator of all things, rests and invites us into that rest. And he got slammed for it. He was labeled “weak”.

It’s ok to take a break.  It’s ok to remind yourself you are a human being.

On Friday’s I get to hang out with this beautiful little girl. 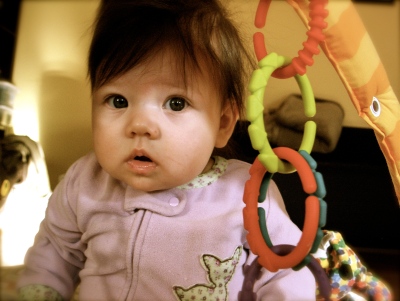 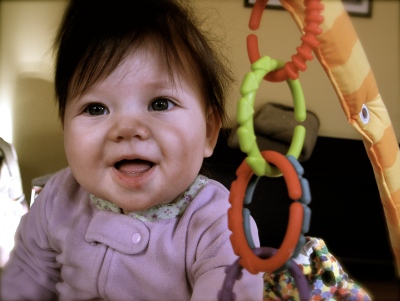 I don’t get work done on Fridays. Maybe a few emails, maybe a couple of minutes on this project or that assignment.

But, for the most part, normal work ceases.

However, Friday is not a sabbath.

But in some ways, Fridays work like a sabbath. I have to let go of my work…of being productive…of getting everything crossed off my list.

So, thank you Marina, for helping to slow me down.

Amy and I enjoyed our first, true three-day weekend in a long, long time. Actually, we can’t remember having such a relaxing weekend, which is pretty bad. Because of our schedules, this past semester we had an afternoon off here, and a couple of hours there. We were bad.

One of the definitions of decompress is: “ To bring (a person exposed to conditions of increased pressure) gradually back to normal atmospheric pressure.” Yes, that is exactly what this weekend felt like.

Here are some of the synonyms for compress: squeeze, crush, press, crowd, squash, constrict, shorten, abbreviate. Unfortunately, those are all words that I can relate to. This last semester did something to me that feels a lot like being squeezed, and I will not let it happen again.

So, for us, this three-day weekend was a gift. A time to recalibrate back to normal atmospheric pressure. We hung out with close friends, slept in, made breakfast, read books, worked on some fun projects, went on walks, exercised, and watched baseball. My soul feels bigger than its felt in a long while. And for this I am very grateful.

The more I work with students the more overwhelmed I become at the number of options they have to choose from. Literally, everything (class, living situations, activities, what to eat for dinner) is a decision from among multiple options.

If I’m being honest, I have the same struggle. Amy and I could be involved in a churchy opportunity (to quote Nacho Libre) every day and/or night of the week (and some weeks we are).

The question is almost never one of finding a good options, it’s trying to figure out, to discern, what is the best option. Many of us solve this problem by saying yes to everything.

Or maybe (if it’s a Facebook event). We all struggle with saying no. Maybe that’s why Jesus said this.

Saying no is important, even vital, for life.

My friend has been telling about his teenage daughter and the struggle with being “on” all the time. Thanks to phones, Facebook, etc the only time she is ever “off” is when she is asleep.

As a result, the burden of carrying a constant emotional weight can be crushing. They’ve instituted a “no-phone-or-computer-after-8-pm” policy (it’s voluntary but appreciated). I’m trying to do a similar thing. It’s hard.

But it’s a no that opens up the possibility of saying yes to some really good things.

Sabbath is a Christian practice in saying yes and no. Often, though, it is framed as saying no to work.

It’s more layered than that, though. It’s saying no to finding our identity in work, in production, in achievement, in connection. Walking away from work (or the phone, or the blog, or the inbox) for a time frees us from slavery to those things.

Which is beautiful. But even one more layer down, it is a reminder that the world goes round without me pushing it. People will be ok without me. God is in control.

I stink at saying no. I would much rather just say yes to everything. Have all the experiences I can have. Keep everyone happy. Not miss out on anything.

But I distort my own importance and tell myself (and others) that the world revolves around me if I don’t say no, even to good things.

What do you need to say no to?

“Busy is the symptom not of commitment but of betrayal…not of devotion but of defection.” – Eugene Peterson